17 Apr. Sharp to fight back in household appliance markets, increasing the variations of models of fridges and TVs

The president of Sharp, Mr. J.W. Tai, revealed a strategy to largely increase the line-up of  household electrical appliance such as TV and the refrigerator for the domestic market in 2017. While its computers are reducing the household appliance business due to thin-margin, Sharp dare intends to increase its presence in the market.

Comments: Having been acquired by Foxconn, it remains to be seen if and in what ways Sharp will reborn.

18 Apr. Field experiment of “Robot cat Yamato”, an automatic driving car for the home delivery of parcels started, aiming at the 100% automatic delivery in the future

A giant  of home delivery of parcels, Yamato Transport, and an IT major, DeNA, have begun a field experiment of parcel delivery service by an automatic driving car, “Robo cat Yamato“, envisaging unmanned delivery in the future. Clients can call a car loaded with a locker-type safekeeping box to receive parcels to the place they wish, including the workplace. It is aimed to reduce time and labour of re-delivery for understaffed logistic centers.

Comments: It is an interesting application of technology of the automatic driving.

19 Apr. Practicing English conversation with AI, which even do web searching to respond to questions

The SOFTBANK commerce & service Crop. has started sellig “Musio X”, a robot which helps you to improve English conversation using the artificial intelligence (AI). Musio X reads aloud English text by right pronunciation and undertakes the web search and answer to you for the questions asked in English. The company plans to add a function to the robot to operate air-conditioners upon voice command in the future. Music X is approximately 22 cm tall and weights 850 g. Its price is 98,000 yen (Approximately CHF 10’000) excluding tax, with monthly payment of 980 yen (Appx. CHF 10).

Comments: What an interesting use of AI! English teachers must use it to know a smart use of Musio X and teachers’ value which the robot can’t offer. 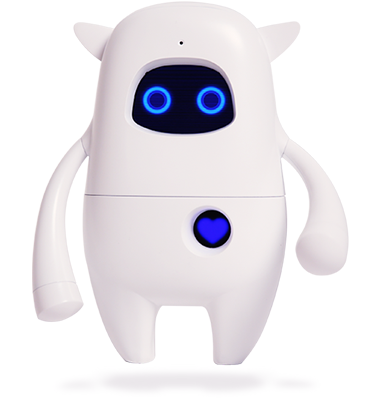 According to the trade statistics (breaking news, customs-based accounting) of 2016 announced by the Ministry of Finance, the trade balance was the in the black figure of 4,006,900 million yen. It was the first black figure on the basis of a fiscal year in the past six years, or since the East Japan great earthquake disaster in 2011. This was largely a consequence of a large decrease of the import caused by strong yen and low price of the crude oil.

Comments: Good news for the moment, though the reason of trade surplus is not because of the economic recovery.

21 Apr. Will the initial investment of the simultaneous delivery of TV over the Internet be only 1% of assumptions by NHK?

The Ministry of Internal Affairs and Communications announced for the first time an estimation of costs of the simultaneous delivery of TV over the Internet. As for the case in which TV broadcasting companies jointly use  the delivery system, initial investment to make the system would be 75 million yen per company, and the annual operation costs approximately 21 million yen. In contrast, estimation by NHK was five (5) billion yen for the initial investment and less than 10 billion yen a year for the operation, on the assumption of the single company operation.

Comments: Does it signal a replacement of TV broadcasting over the air by the high speed Internet?