JR West (Japanese railway serving between regions Osaka and Yamaguchi) will be selling a new card, “Kansai One Pass”. It is an IC card on which users may charge up to 20,000 Yen. The card will allow foreign visitors to take trains across nine major private and public railways in the Osaka and its neighbouring areas.

Comment: This card looks convenient. Why is it addressed to foreign visitors only? It will be useful for the Japanese, too.

Three PC vendors, Toshiba, Fujitsu and VAIO (separated from SONY), which are close to agreement of business merger, released new products one after the other. It is worth watching what USP (Unique Selling Point) the merged company would show in the PC market place, where a product difference has become invisible due to maturity of the products.

25 Jan. Japanese trade deficit reduced in 2015 for the first time since the East Japan earthquake disaster

The Ministry of Finance announced in the trade statistics (breaking news) of 2015 that “the trade balance” was a deficit of 2,832,200 million yen (CHF 24’180.3 million). While the deficit continued in the past five years in a row, the volume of the deficit decreased by about 10 trillion yen. The Ministry says that lower crude oil price last year contributed significantly to the deficit reduction. It was the first reduction since the East Japan great earthquake disaster in 2011.

Ministry of Health, Labour and Welfare starts taking the measures that cancer patients may continue working while being treated. Over thirty per cent (30%) of cancer patients quite a job to continue treatment. They lose financial source to support living, despite an increase of a survival rate by the improvement of medical care. The Ministry will create a template document for a doctor and an employer of the patient concerned to exchange information about the status of the patient and the work, and plans to urge employers to support the patients.

One out of two Japanese population suffer from cancer.

Comments: It is a social responsibility to prevent people from suffering from financial difficulties because of the disease. Cooperation between the Government, doctors and companies is indispensable to support working patients.

We have learned that Toyota Motor Corporation is looking into cooperation with Suzuki, a major vendor of light automobile (a cubic capacity of 550 cc. or less). Toyota’s major stake is market development in India where Suzuki has 40% of market share, and Suzuki’s technologies for environment friendly automobiles and safety, which requires huge investment. Toyota expects to capture larger market share in newly developing economies, where demand for light automobiles is high.

Toyota Motor Corporation advised to its OEM vendors that the company would set 2.64 million as a sales target in the US for 2017. The sales volume has continued increasing since 2011 that sold 1.64 million, the latest bottom year. The company anticipates that the factors that supported the sales, such as wage increase and low oil price, would continue in the coming years.

Tokyo Auto Salon is the largest auto show of dressed-up cars in the world. The 34th show started in Makuhari Messe located in the suburbs of Tokyo on 15 January, joined by 447 constructors, OEMs and tuning houses. Tokyo Auto Salon is a unique opportunity that attracts a number of passionate fans of dressed-cars who do not save expenses for the dressing-up. The number of visitor reached 310,000 last year.

Comments: While dressed-up car market may be a niche, it is worth noting that there are people who are willing to spend money, despite a cold market condition of the automobile sales in general. Could Swiss automotive OEMs benefit from this market?

18 Jan. Request for referendum successfully made to question re-operation of nuclear plant in Shikoku

The citizen’s group, “Yawatahama citizens’ group to request referendum”, has successfully requested to the city Mayor Ichiro Oshiro the establishment of the referendum regulations. The regulation is needed for the citizens to directly vote to see if the’d agree with the re-operation of the nuclear plant owned by Shikoku Electric Power Co. Ltd. The third unit of Ikata Nuclear Power Plant, the plant in question, is located in less than 20 km from Yawatahama City. If the regulation is approved by the municipal assembly, the city is obliged to organise a referendum.

Comment: Need for wide public consultation on the operation of nuclear plants is increasing, as more and more citizens are deeply concerned about the safety of the plant.

Hyogo-Ken (prefecture) announced that it will amend the Prefectural Ordinance of Juvenile Protection to require school teachers and parents to create rules for children in the use of smart hones and the Internet. Hyogo-Ken found that 22% of children between the ages of 11 and 18 use smart phones for more than four hours per day and 6% of may be addicted by the phones. The prefecture intends to prevent children from being addicted by smart phones or from being involved in troubles caused by false use of the Internet.

Comment: Could rules stop the passion of children to smart phones?

20 Jan. Driving by feet, Honda is releasing FIT HV for those without hands mobility

Honda Motor Co., Ltd. has started taking orders of its hybrid vehicle, “FIT“, which those unable to use hands may drive. The driver will use both feet to drive the car. FIT of this type will be available in markets from March.

Comments: A good use of technology to improve mobility of the handicapped.

Why not spending 75 minutes once a month with like-minded people?

“Moshi moshi, Japan?” is an informal meet-up with people doing business with Japan.

Theme  “Amazing Japanese!” — What do you read from this?
We will watch an amazing video clip and discuss what you read about Japan.
Presenter   Yoshiko KURISAKI, Founder, Europe-Japan Dynamics, Geneva

Japan Atomic Energy Agency is using the VR (virtual reality) system at its Naraha Sector of Research and Development located in Naraha-Machi, Fukushima, to train the personnel who will be involved in the decommissioning of the reactors of Tokyo Electric Power Company (TEPCO)’s Fukushima Daiichi Nuclear Power Station.

Wearing special glasses, one may look at the state of the nuclear reactor built indoor three-dimensionally and assess the volume of radiation when working inside of the building. The VR system will be used for training and planning of the decommissioning work.

Comment: Using VR for dangerous tasks is a great step forward in the use of the information technology (IT). A remaining challenge is that the decommissioning must be done by human hands inside of the hazardous building. I’d expect that in the near future robots for this task will be created and work inn combination with the VR systems.

Asahi Group Holdings Ltd., a holding company of one of the largest beer companies in Japan, may start negotiations to acquire Peroni (Italy ) and Grolsch (The Netherlands) soon. The acquisition is estimated to cost USD 3.4 billion.

Comment: An impact of the aging of population on the beer business is a major trigger of this move. The volume of beer consumption in Japan has been decreasing since 1994, though it is still the most consumed alcoholic beverage. This is mainly due to a  decrease in the beverage consumption in general, shrinking domestic market because of the aging of population, and shift of consumer preference to other non-traditional drinks. Asahi’s planned acquisition of the European brands is against such a domestic market situation.

Legal consultation via the web sites is hitting legal needs of a number of people in Japan. These are operated by lawyers for free or some fees, depending on a site operator. “While the face to face consultation is the best, the web consulting system provides the first step for people to access to the legal experts.”, said some layers.

Comment: The web provides an easy access to a professional service that used to be considered expensive and for special occasion only.  A major challenge for the service providers (layers) is to create a business model to grow their real business out of free or low-cost consultation.

The number of visitors are increasing in the decommissioning site of the reactors of Tokyo Electric Power Company (TEPCO)’s Fukushima Daiichi Nuclear Power Station. Among the 16,000 visitors since the disaster in March 2011, it is remarkable that the number of citizens are increasing. Their major interest is to witness the decommissioning in order to think what the Japanese society should do with the nuclear power in the future.

Comment: It is critical to have the first-hand experience with what is going on after the nuclear disaster. The visit would provide a good opportunity of public education for citizens to create a meaningful debate on the nuclear power in society.

The University of Hokkaido (Sapporo) announced that a server of its career center had been attacked in December. Personal data of over ten thousand people, including the one of present and past students, could have been stolen. 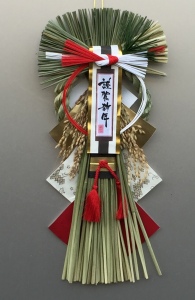 Due to the aging of population, the number of empty houses are increasing in Japan. There are about 8 millions these houses in the country, of which about 10 % are located in Tokyo.

The Prefectural Government of Tokyo plans to introduce subsidies to those who utilize the empty houses for some public purposes, namely, accommodation for staff to take care of the aged, temporary housing for the child and family services.

Comments — The aging of the population has brought Japan a problem of an increasing number of empty houses all over the country. Being abandoned and unprepared, these houses are creating risks, such as the fire, security of the neighborhood or damage to the neighboring houses in case of falling down. How about in your country?

Mr. Akira AMARI, Minister of economic recovery, said when he was asked on his New Year’s resolution at the press conference on 4 Jan., “I’d be most delighted if the Government could declare the end of deflation”.

Since the official recognition of the deflation in March 2001, the Government has not yet declared that it’s over.

Comments — It’s the wish of all the people in Japan.