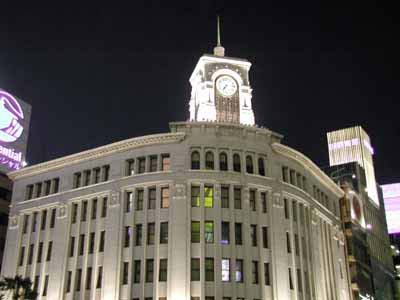 6 Mar. Am I skiing down or up hill? , An illusion slide” appears in the ski slope

“The illusion slide” by which one feels to go up against gravity was installed in the Hakkaisan Ski Slope  of Arakane, Minami-Uonuma-shi, Niigata-ken. One skis down a slope from the hight of 10 m of the slide of 10 x 10 m length and width. This is a work of the art by Professor Kokichi Sugihara of Meiji University (68) known as a specialist of the illusion art.

Comments: There may be a trick in “Seeing is believing.”

7 Mar. The Metropolitan Police Department to enforce investigation of the cyber attack, creating a special independent corps of investigation

The Metropolitan Police Department will reinforce investigation system for the cyber attack from April by establishing new departments, such as “Counter cyber attack center”.  Envisaging the Tokyo Olympic and Paralympics of 2020, the Police will prepare for the threat of cyber terrorism targeted at government offices and major companies.

Comments: The Olympics in 2020 is creating wide consequences in Japan.

8 Mar. Upward revision of GDP, increase of 1.2% a year based on the performance  in the fourth-quarter last year

According to the second breaking news of the gross domestic product (GDP) of the fourth-quarter of 2016 issued by the Cabinet Office,  a real growth rate was 0.3% excluding the influence of the price fluctuation (at s compared to the previous quarter of 2016). This growth rate was equivalent of annual 1.2% growth. The growth figure was revised up from 0.2% increase (1.0% increase in annual ratio conversion) as announced in the first breaking news announced in February. The positive growth continued for four quarters or one year.

9 Mar. “We don’t have financial strength to shorten time for the extension of linear express train”, said President of Central JR Tokai

Mr. Yasuhide Tsuge, President of Central Japan Railway Co. (JR Tokai), reiterated that it would be extremely difficult to shorten time for the extension of linear express train the present plan of which is to reach Shin-Osaka in 2037 in earliest., by saying that the company would not have strength or financial power to constructed a sector connecting Osaka in parallel with the sector between Shinagawa (Tokyo) and Nagoya. He said so at a regular meeting of the Kansai press club, whose members are the press located in Osaka.

Comments: There may not be need to hurry up, as the existing sure express train connects between Tokyo and Osaka (over 500 km) in less than three hours.

Japan External Trade Organization (JETRO, headquarters in Minato-ku, Tokyo) announced that its website had been attacked from outside. Some information has been removed, that might include e-mail address of users.

Comments: Anyone may be attacked by hackers.

Hoshino Resort is known as revitalizing business of ryokans (Japanese style inns). A major strength of the company is “multi-tasking” of employees who take more than two roles, while, in other hotels, those in charge of the front desk takes tasks at the front desk and those in charge of cleaning do cleaning only. With the improvement of employee productivity, Hoshino Resort opened a ryokan in Tokyo last summer and intends to develop ryokan business overseas.

Comments: Multi-tasking reduced redundant time of employees. This management may be an interesting model of hotel business.

2 Nov. A major vendor suspended sales of some routers due to a possible abuse of the use for cyber attack

I-O Data Device Inc. (Kanazawa), one of the major Japanese computer peripheral manufacturers, suspended sales of some of its products, due to a possible abuse of use of its equipment for a new means of cyber attack, that utilizes the equipment used for IoT (the Internet of Things). There are a number of cyber attack cases recently in and outside Japan in which device for IoT is infected by virus and used for “DDos” attack.

Comments: IoT could be more vulnerable than human-to-human Internet. We need wisdom to prevent this new way of cyber attack.

3 Nov. Willingness of sending by family budget worsened for the first time in three months, said the Cabinet Office

According to the  consumer behavior survey of October undertaken by the Cabinet Office, the consumer sentiment index for private households (seasonal adjustment level) that indicates willingness to spend by the family budget turned worse to be 42.3 points, down from the last month by 0.7 points for the first time in three months. The Cabinet Office concluded “the slow upward trend continued” and maintained its basic observation to be “the movement of the improvement is observed”.

One day before the first “World Tsunami Awareness Day” on 5 Nov. established by the United Nations, a disaster drill was held in Wakayama prefecture, involving about 420,000 people who are mostly in public facilities, such as schools.

Comments: “World Tsunami Awareness Day” is a good idea to regularly alert us to be prepared for the disaster.