31 May Airport operating company of major airports in Osaka region reported the settlement of accounts of net income 16,900 million yen, for the first time after the airport privatization

The Kansai airport which operates the Kansai Airport and Osaka (Itami) airport announced the annual settlement of accounts for the first time after the airports privatization. The operating company reported the operating income equal to the sales amount of March, 2017 period, 180,200 million yen, and the net income indicating the final profit 16,900 million yen, thanks to the largest number of passengers for the Kansai Airport and the increase of the landing tax.

Comments: Why Kansai, not in Tokyo? Worth investigating.

1 Jun. Mitsubishi UFJ Bank looking into to the Netherlands for the new location of its securities base due to Brexit

With European Union (EU) secession decision of the U.K., Mitsubishi UFJ Financial Group, Inc. (FG) is reported to be examining Amsterdam, the Netherlands, as a major candidate as a new base of its securities business operation in Europe. The Group will make the final decision this summer.

Comments: Would the Bank brave enough to leave the UK?

There is neither the battery nor the motor. Imasen Electric Seisakujo (Inuyama-shi, Aichi) , an automotive parts maker, developed a walk-support machine “aLQ” (aruku, meaning “walk” in Japanese) for the use by wide public. The machine gets attention as a product of research collaboration between the university and industry, that applied a principle of the power-free bipedal robot and car manufacturing techniques.

Comments: Nice product! aLQ will be needed a number of people when the population is aging. 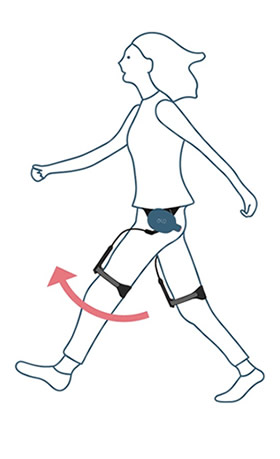