19 Sep.  Not so transparent, a purchase system of the power from solar photovoltaic generation, sometimes needed to go through alumnus as an intermediary to sell the power to major electricity companies

Comments: The same problem arise in any negotiations between the giant and small companies, and where the giant is reluctant.

The 56th All Japan Model Hobby Show, where one will enjoy large variety of plastic models and figures, miniature trains and drone flights, will be held in Tokyo Big Sight of Koto-ku, Tokyo on 24, 25th. The event is organised by the Japan plastic model industry cooperative. Sixty-six (66) companies will exhibit new products. There will be a corner where one can see drone flight or participate in “Model airplane class for kids”. Admission will be 1,000 yen, and free for junior high school students or younger.

Comments: “You may find hobbys you don’t know here.” is the catch phrase of the event. 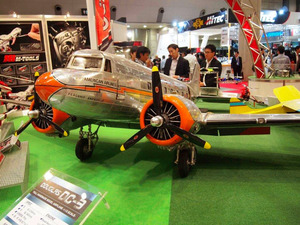 21 Sep. Level of underground water of the First Fukushima Nuclear Plant arrived on surface, after the heavy rain by the typhoon 16

Tokyo Electric Power Co. (TEPCO) announced that the level of underground water in the area near the sea of the First Fukushima Nuclear Plant had arrived on the same level as the ground. TEPCO will analyze the quality of water and the seawater, as the underground water polluted by radioactive material may have mixed with the rain and drifted to the sea.

Comments: It is the terrible news. A good point is that TEPCO announced it. The company wouldn’t have done it before the disaster of the Fukushima Plant in 2011.

22 Sep. His Majesty the Emperor harvested the rice in the rice field of the Imperial Palace

His Majesty the Emperor harvested the rice grown in the rice field located beside the biology research institute  of the Imperial Palace. He harvested 50 stalks of Mangetsumochi (a kind of the glutinous rice) which he had planted in May. According to the Imperial Household Agency, the crop of this year is “like other years”. A part of the harvested rice will be dedicated to the Ise Jingu (the shrine of the Imperial Family)

Comments: The harvesting of the rice is one of the traditional activities of the Emperor inherited from generations.

About one month has passed since Sharp re-started under the new management after the acquisition by Foxconn Technology Group of Taiwan. Mr. Seigo TAI, CEO of Sharp, announced that the company will re-enter the TV business in Europe, as he had promised. He considers “making things happen as said” is essential to gain the trust back to Sharp, and requires all the employees to achieve recovery plans.

Comments: It is worth a watch if a Taiwanese company well known to its severe cons-cutting and dynamic culture would make a Japanese establishment Sharp re-born.